Juz wanna update Blog, so.....
i havent learn about rigging, this juz link part to part

This Mobile Suit is piloted by the leader of Axis, later renamed in Mobile Suit ZZ Gundam as Neo Zeon, Haman Karn. A next-generation mobile suit development of the Principality of Zeon's MAN-08 Elmeth mobile armor, the AMX-004 Qubeley was designed and built by Axis military leader Haman Karn for her personal use. In addition to featuring a large set of wing binders on its shoulders to assist in AMBAC (Active Mass Balance AutoControl), it carried a pair of dual-purpose beam launchers/beam sabers for close combat and a tail binder containing a set of funnels, a smaller and cheaper version of the Elmeth's bits. These small remote weapons, while still armed with a beam gun and thrusters for movement, were powered by an energy cap system which required recharging aboard the Qubeley after a certain amount of time. Controlled by a Newtype pilot's thoughts via the psycommu ("psychic communicator") system, the funnels turned the Qubeley into a truly deadly unit, capable of attacking enemies from beyond visual range. The Qubeley would remain Haman's personal mobile suit throughout the Gryps War and the Neo Zeon War, with its design serving as the basis for the later AMX-004G Qubeley Mass Production Type. 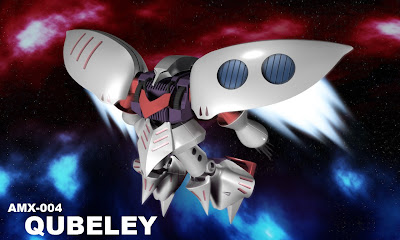 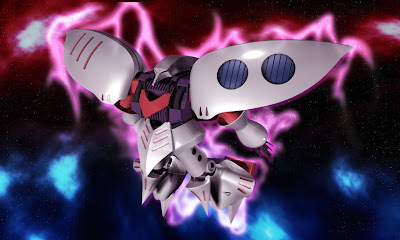 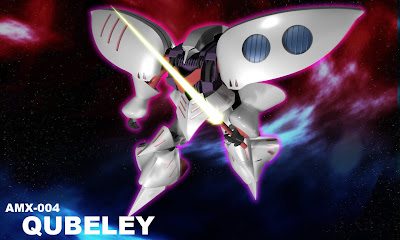 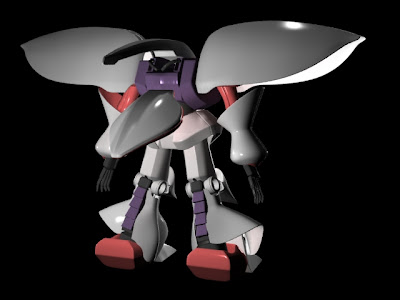 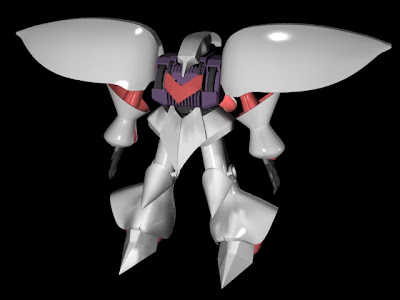 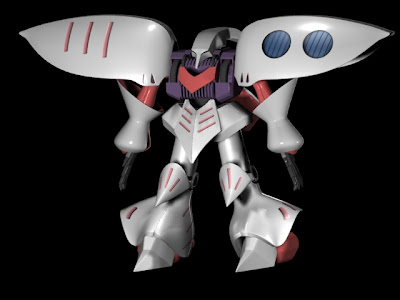 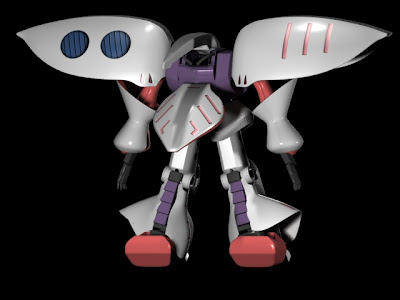 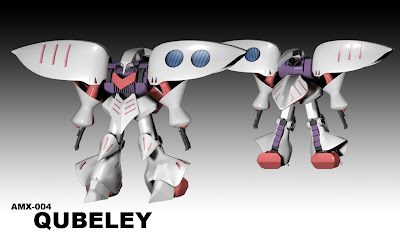 Use 2 day at company to finish the modeling n 1 nite to mapping n gather 6 sword to become Buster Sword, Enjoy 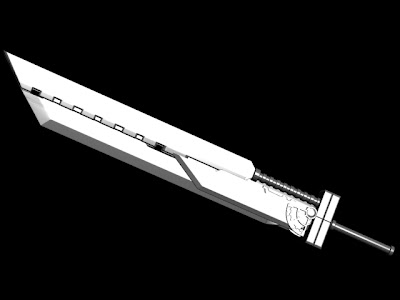 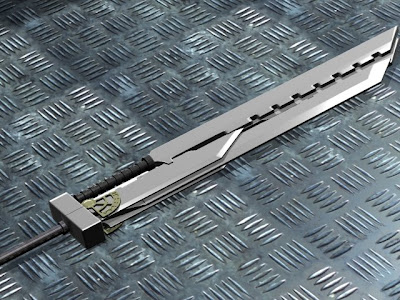 This is normal mode, actually it have battle mode, but coz i cant c clearly the inside structure, so i juz make it to normal mode 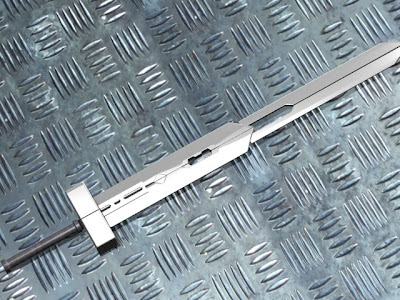 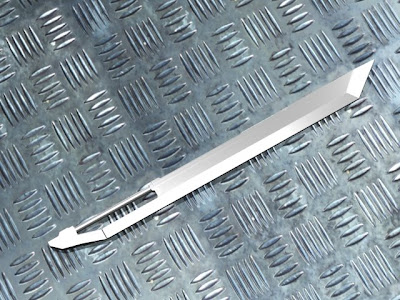 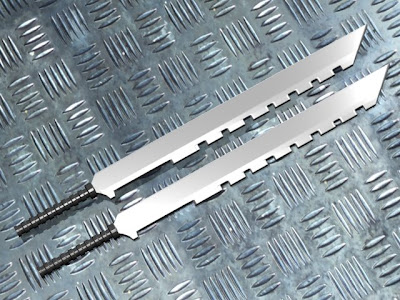 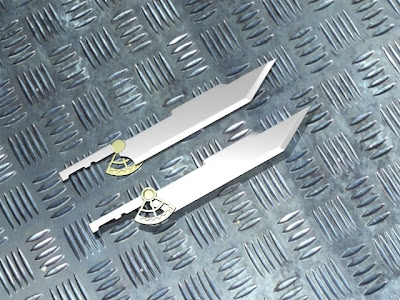 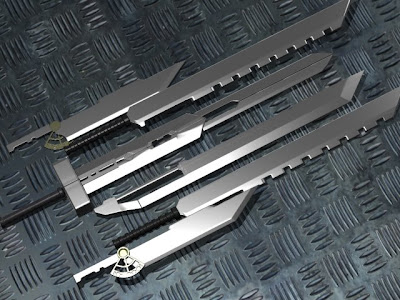 Hope next week also didnt receive new job, in other can use the free time to learn Maya, X)
Posted by 藍空 at 10:36 AM 21 comments:

Juz done painting, n my head start pain already, donno y everytime if i not enough to sleep, i sure will get headache, mayb coz i face computer too long, however juz give some comment about my painting skill, Thx 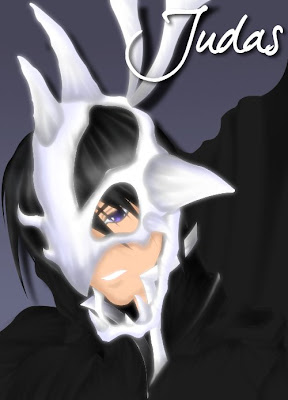 Next is remapping my Zeta Gundam n try to rig it, n also mapping my Buster Sword
Posted by 藍空 at 12:45 AM No comments:

Judas from Tales Of Destiny2

1 month pass already since i intern from last month till nw, always received some boring job like rotoscoping, AI tracing n simple animation, lucky tat i havent get a new job, so i use whole working time to improve my painting skill, Enjoy 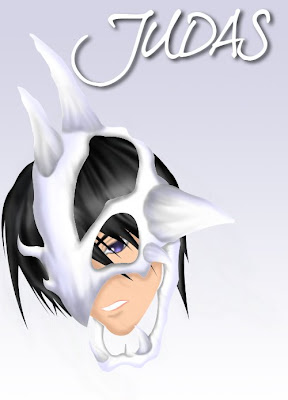 i havent finish it due to the time is over already, is time for me to back home, Bye
Posted by 藍空 at 1:42 AM No comments:

Juz finish the job for FlyStudio, so i juz started the modeling for this buster sword.
2 day to complete the modeling n coloring, n it still in process due to mapping havent finish, below is the pic, Enjoy 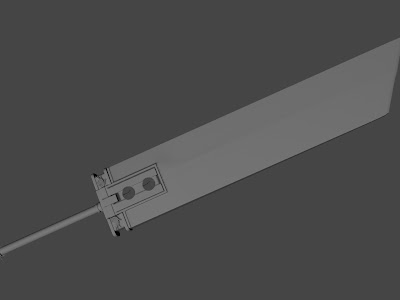 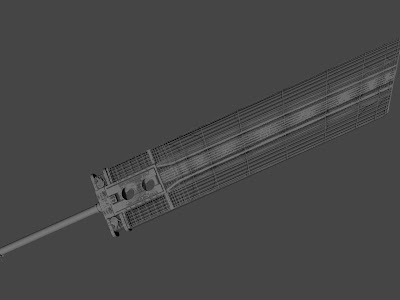 Mapping ( but the color, material, lighting also got problem, no metal feel) 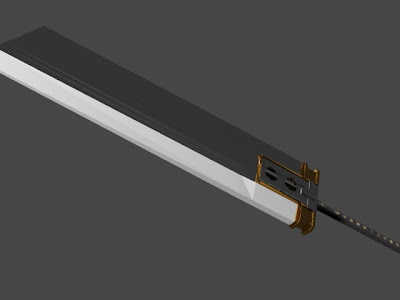 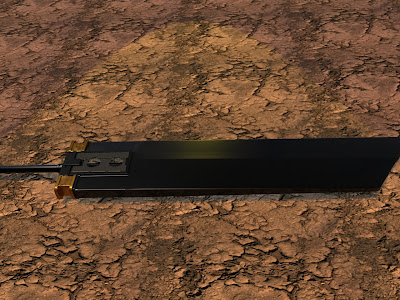 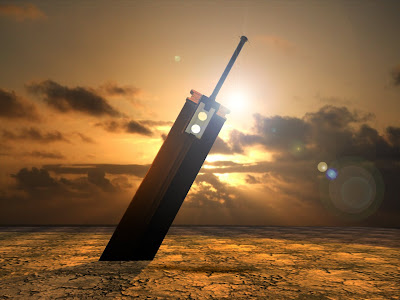 Will post again after i complete the mapping
Posted by 藍空 at 1:05 AM 3 comments: